This is the list of the hardware that is present in my smart home.

The heart of my smart home is a home server based on Raspberry Pi 4 Model B with 4GB of RAM onboard. It's a small, affordable, but nonetheless a very capable device. It's held within an aluminum alloy case I bought on AliExpress. The aluminum case itself helps to disperse heat. Additionally, it came with a heat sink set and a tiny cooling fan.

Home Assistant team recommands to use Application Class 2 as they handle small I/O much more consistently than cards not optimized to host applications. A 32 GB or bigger card is recommended.

I use official Raspberry Pi 15W USB-C Power Supply for powering my smart home server. It is important to get enough power for Raspberry Pi to work properly. Home Assistant requires at least 3A power and this power supply cable handles it just right.

Here's a photo of my home server hardware, right after I received it: 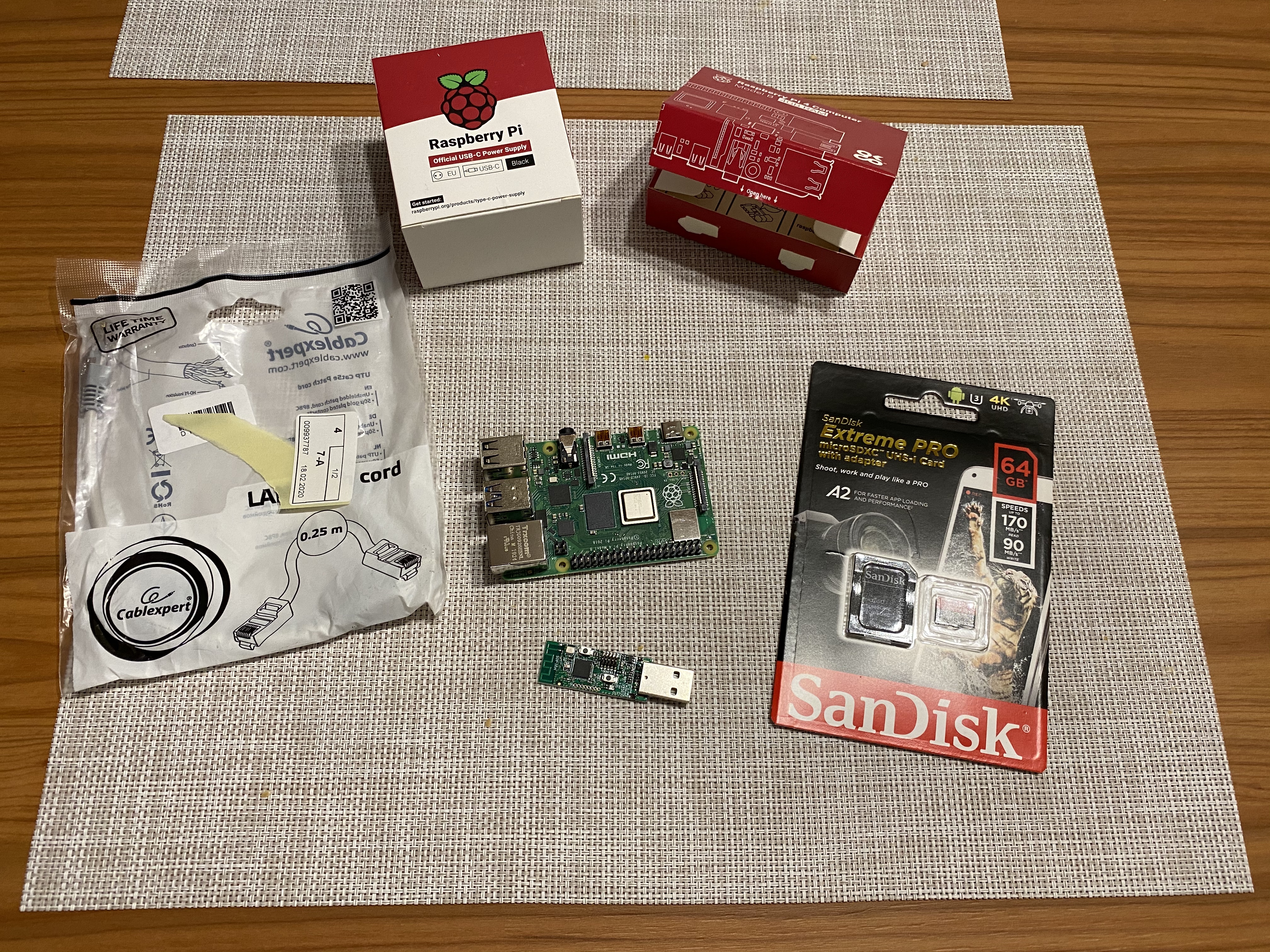 A photo of the aluminum case when I was assembling it: 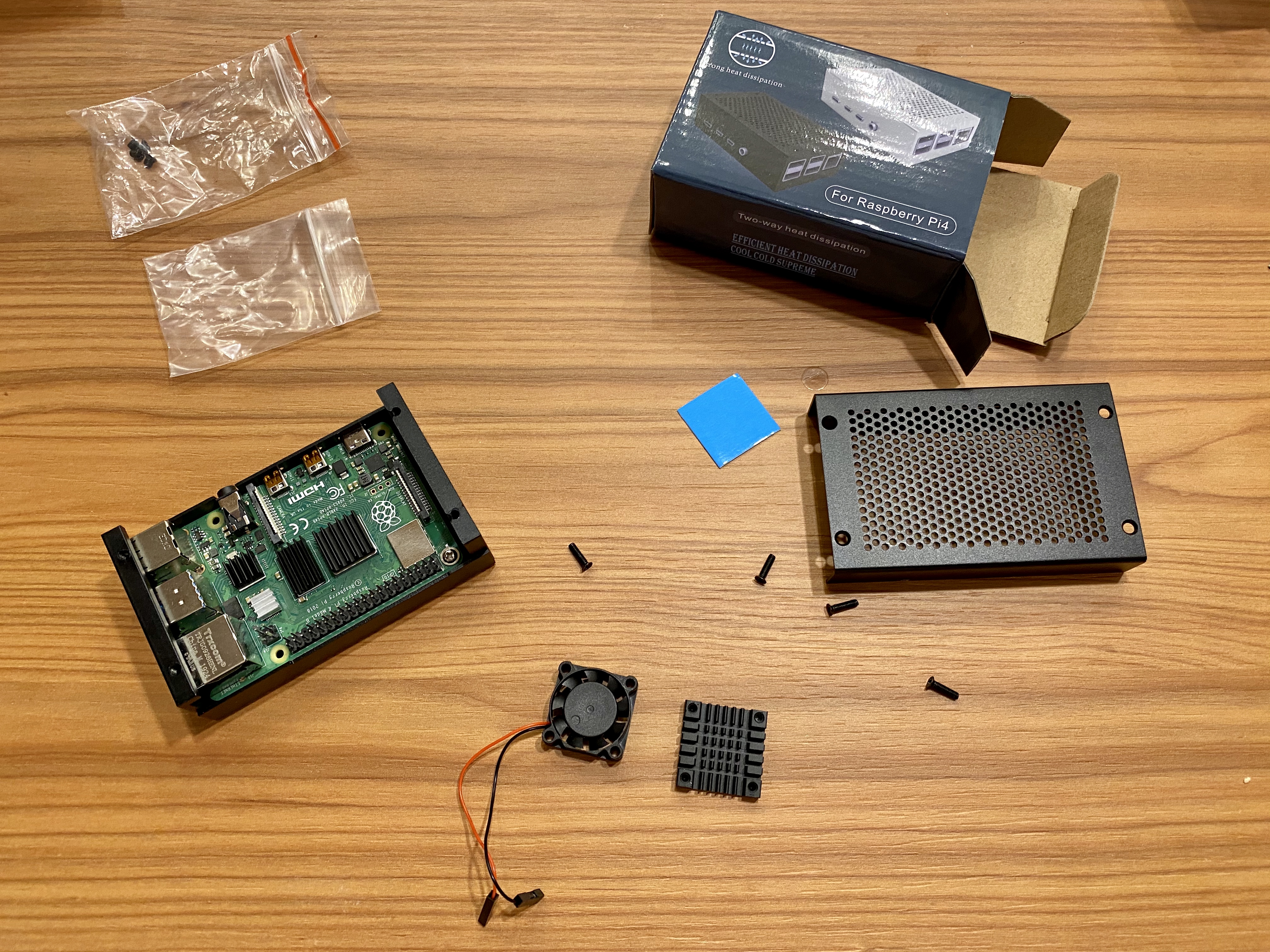 Here's a whole kit assembled and connected to power: 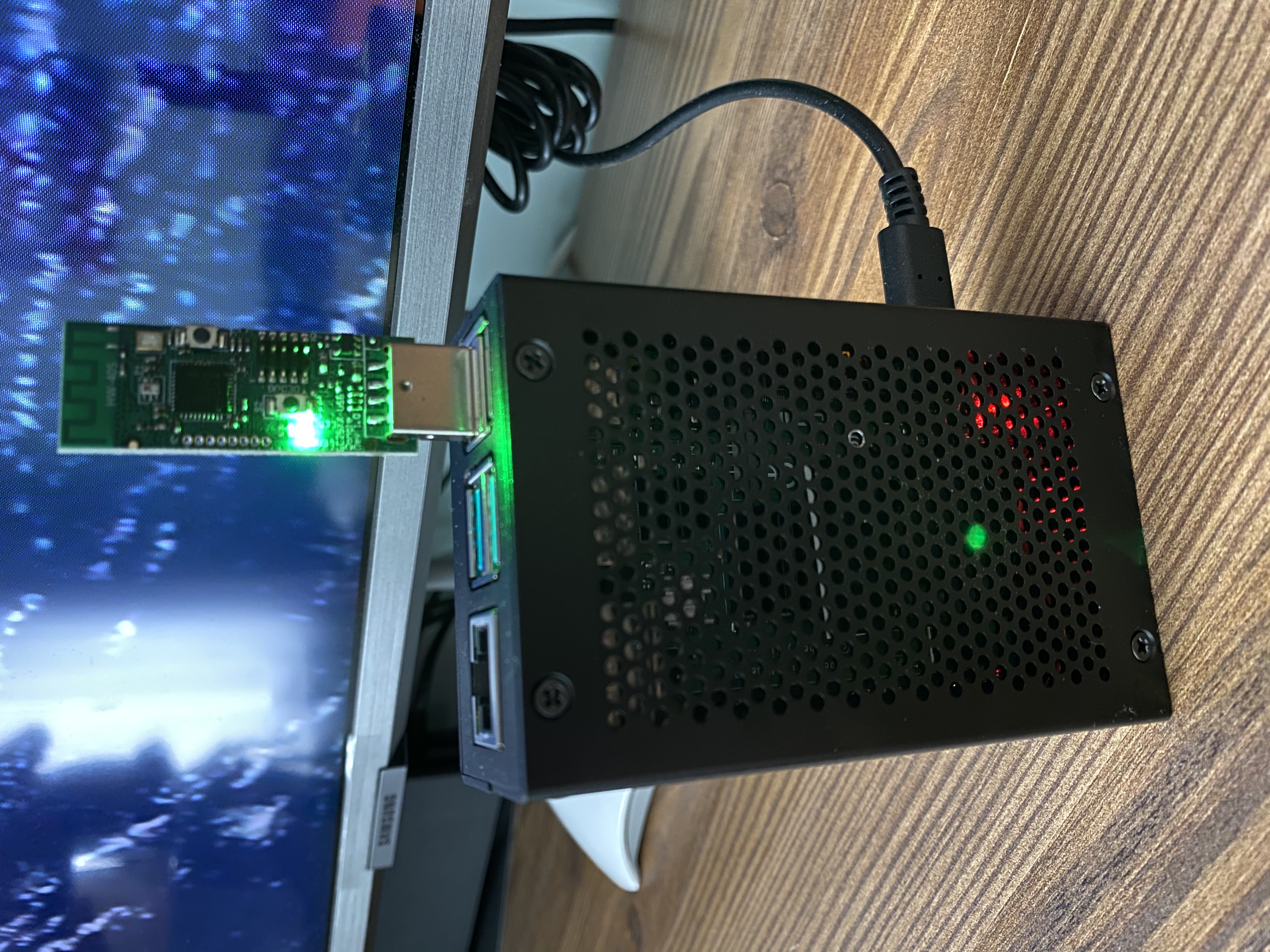 I use Kingston SSDNow A400 240GB 2.5" as a system data storage. It's connected to Raspberry Pi via Ugreen US221 USB 3.0 case adapter. As a media storage I use Transcend StoreJet 25M3 2TB hard drive (which I got from my dad as my birthday present in 2020). Both storages are connecterd via USB 3.0 interface on Raspberry to allow high speed reading, so I can easily stream my media using Plex.

Media is downloaded directly to my HDD using Transmission container. 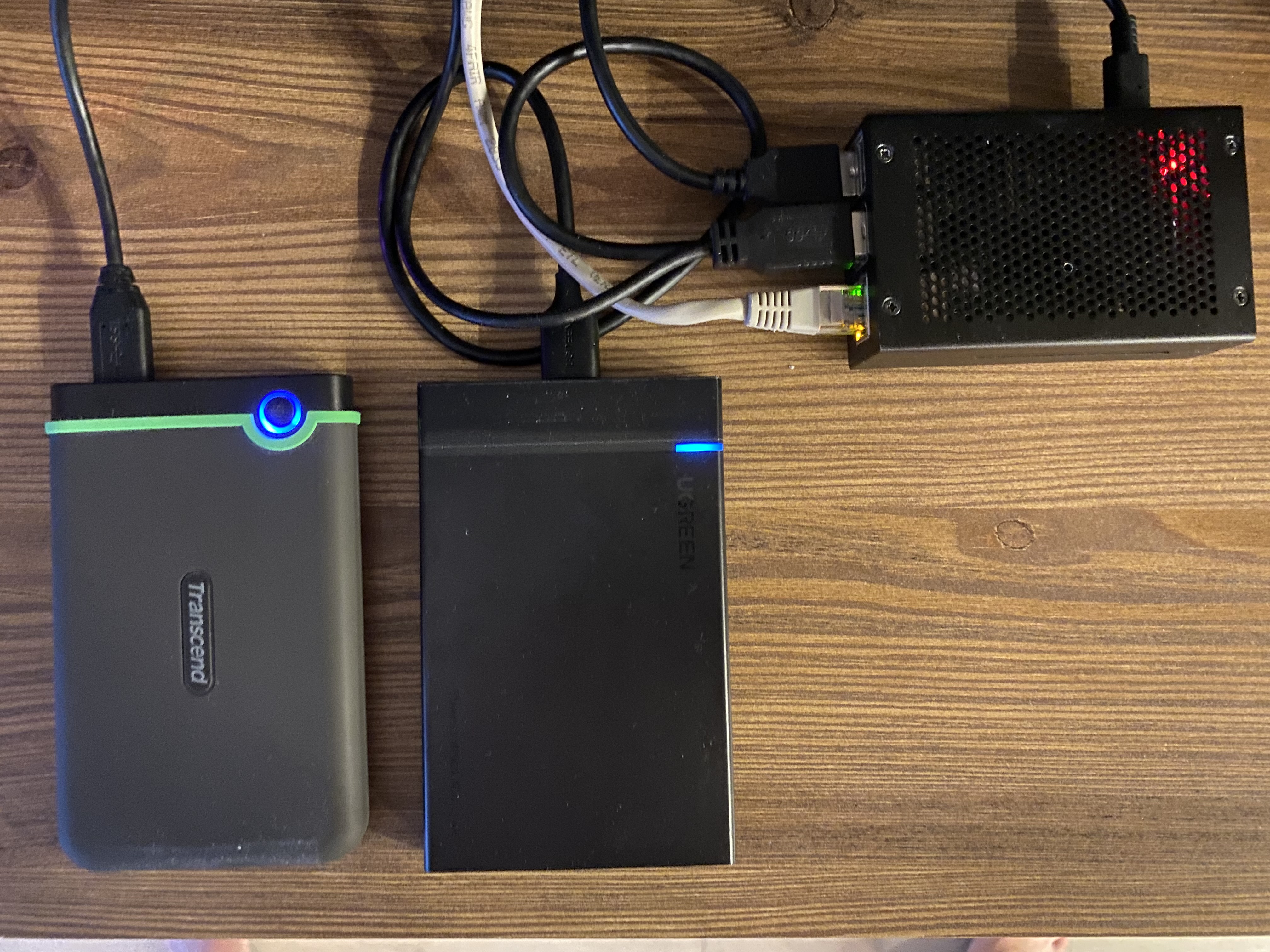 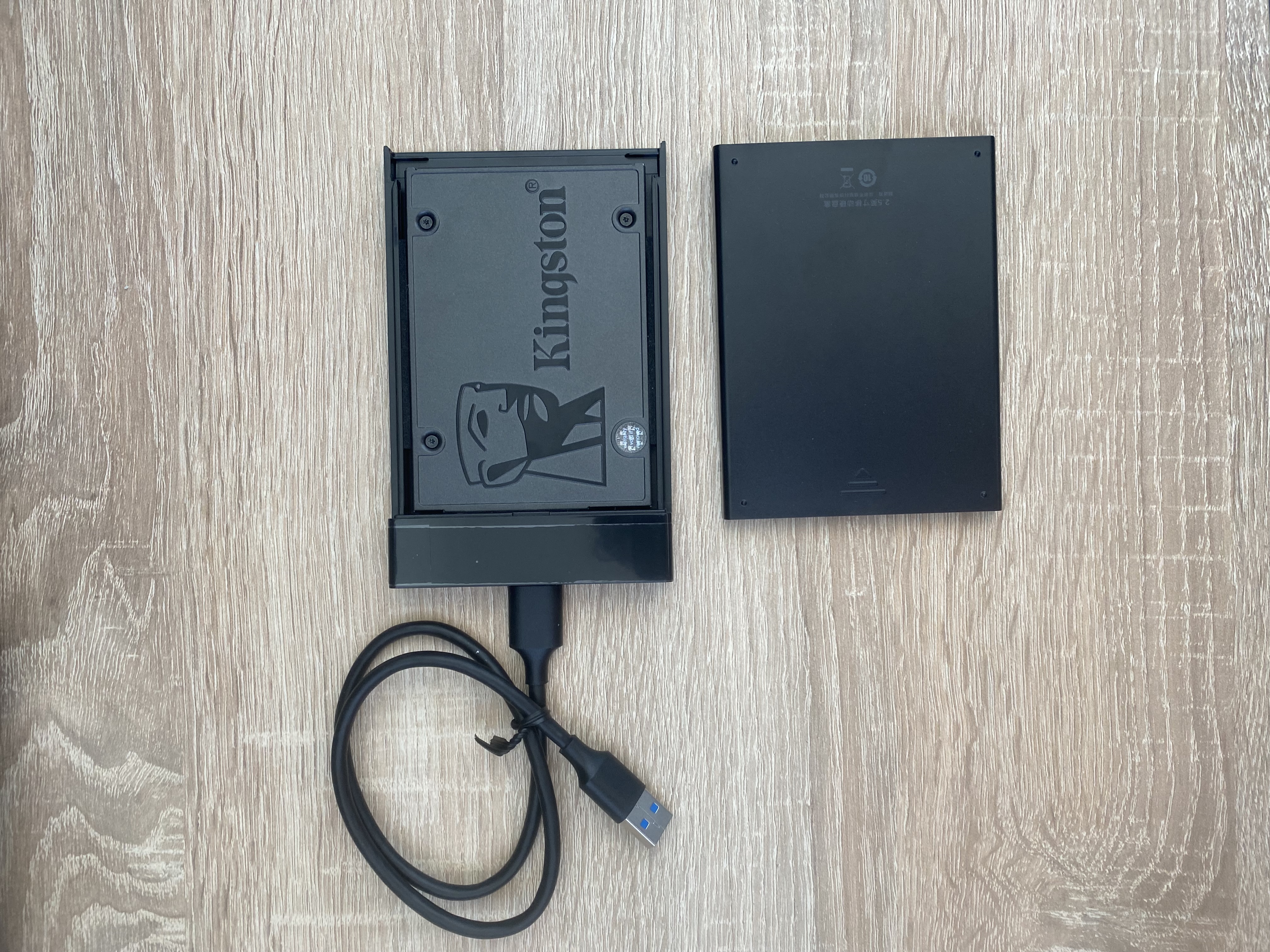 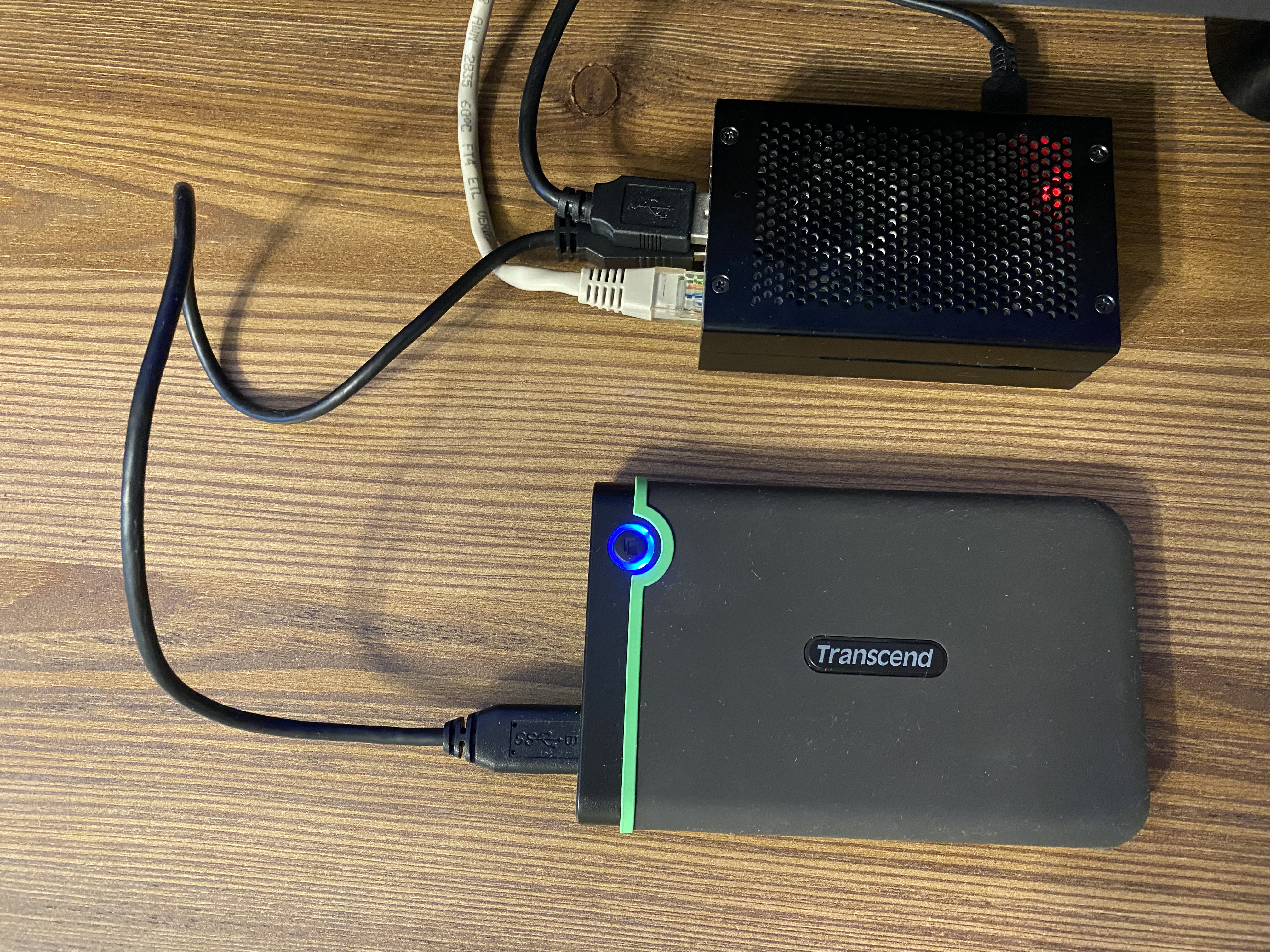 Previous 64GB SD-card served well for more than 2 years. After some time, my server started to shutdown randomly. Power supply was normal, so I decided to update to 128GB card.

You're going to have a lot of devices in your network when you have a smart home. It's critical to choose a good router to handle multiple devices and heavy traffic.

The second most important thing in my smart home is a WiFi router.

I've spent a lot of time choosing the right router. My main requirements for the router were:

I chose ASUS RT-AC1750U router for my home. It matches every condition above and has nice additional features. Also, I've noticed that routers by ASUS are quite respected among other smart-home enthusiasts.

I'm happy with my decision so far. This router gives the constant 600-900 Mbit/s speed, which is enough to download a 10GB file in less than 2 minutes.

Here are my current ASUS and former Xiaomi routers: 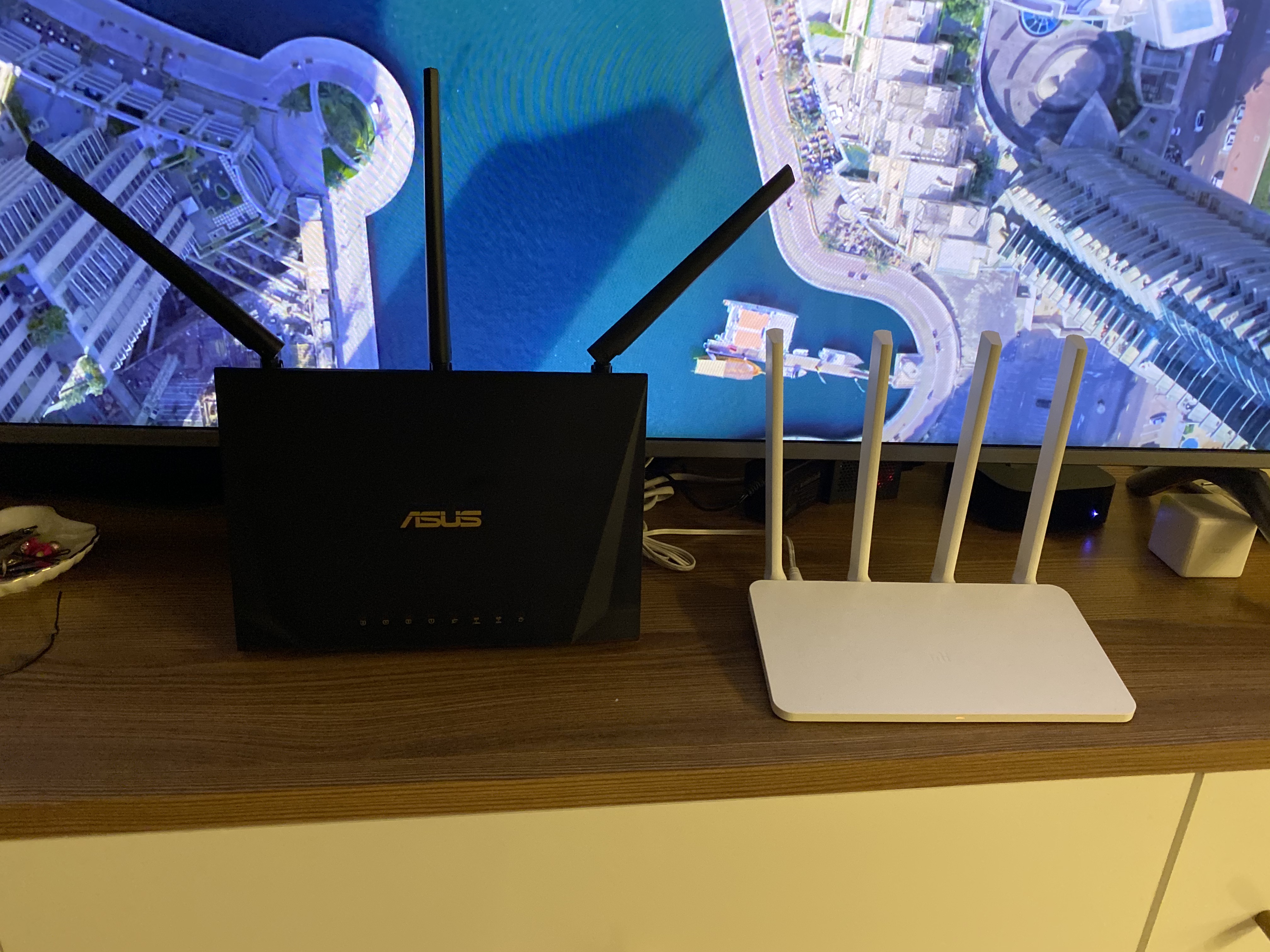 Below you will find a list of my devices connected to the local network. Most of them, except for Apple TV, have static IP addresses.

* — means the device is connected via Ethernet instead of WiFi to ensure a more reliable connection.

** — means the device is integrated via custom integration.

I use two ESP8266 devices based on iot-uni-dongle for controlling my Midea ACs. 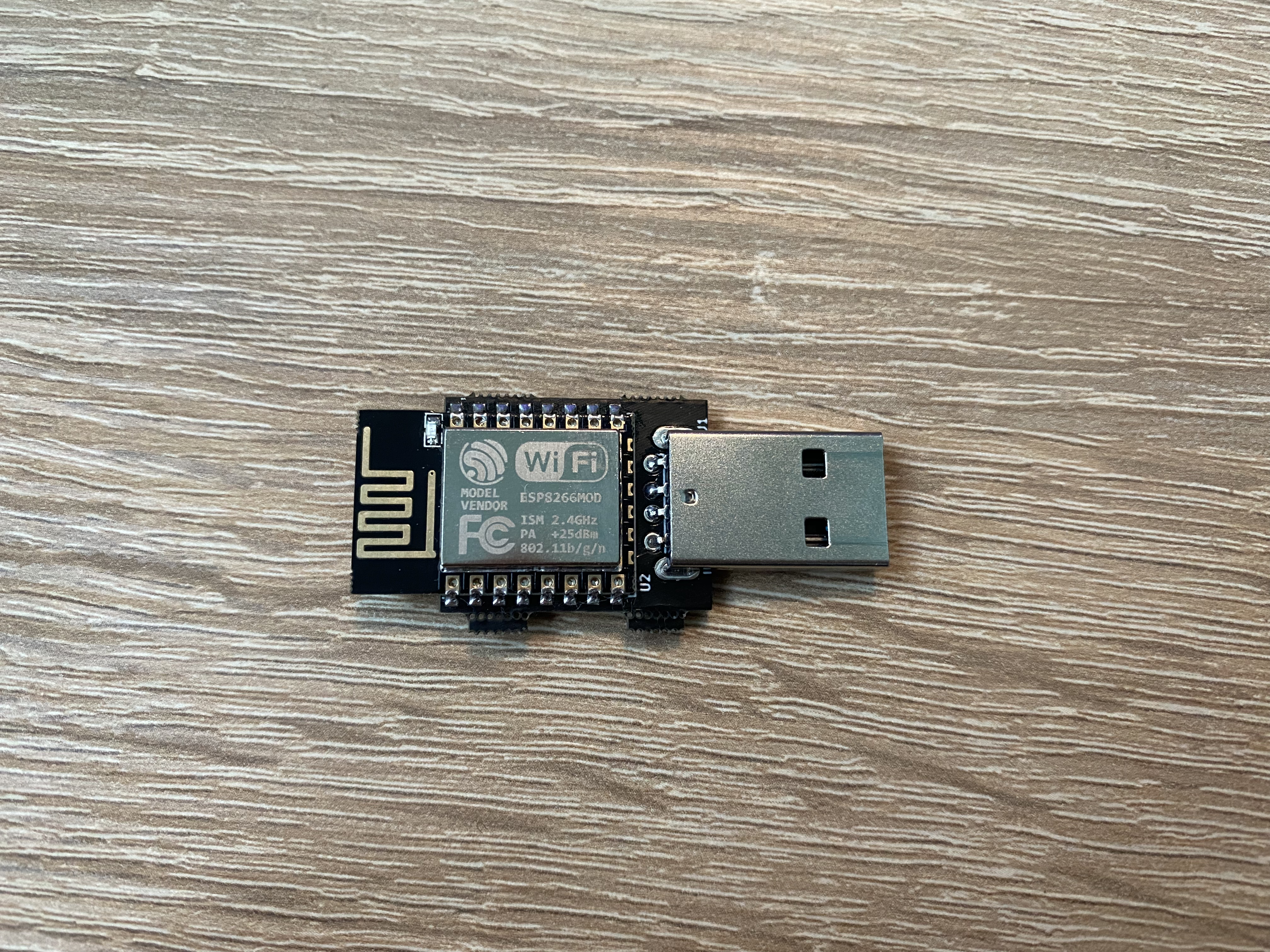 Previosly my Zigbee network was working with CC2531 Sniffer Board as a coordinator. It was fine with small amount of devices, but as my network grew I started to get weird behavior. Additioanlly, I've discovered that CC2531 is no longer recommended by zigbee2mqtt developers.

I connected my coordinator to the Raspberry Pi through a USB extension cable to avoid interference and improve the connection. This approach is suggested by zigbee2mqtt documentation.

I've got a Transcend StoreJet 25M3 2TB hard drive from my dad as my birthday present in 2020.

I have this HDD connected to my Raspberry Pi. It is used as a storage for my media files (primarly movies and TV-series). USB 3.0 interface on Raspberry allows high speed reading, so I can easily stream my media using Plex.

Media is downloaded directly to my HDD using Transmission container.

Another important device is a smart car alarm. I used StarLine AS96 BT GSM GPS which is easily integrated with Home Assistant via built-in StarLine integration.

This alarm allows to start/stop the engine, arm/disarm the alarm, trigger horn remotely via Home Assistant. Primarily, I use this for tracking down my car and checking interior temperature right from Home Assistant.